Home Net Worth Emma Kenney Net Worth 2021 – How Much is she Worth? 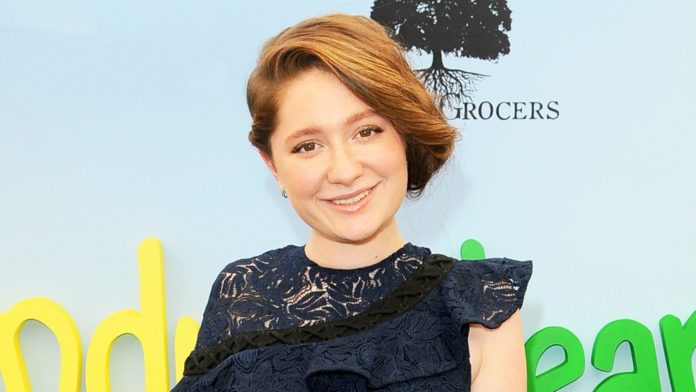 Emma Kenney is an American actress, best known for playing the character Debbie Gallagher on the Showtime series called “Shameless”. She has grown up on the screens, as she was also a child actress. She is now all grown up, and her future is bright. Read on to learn about Emma Kenney and her career.

Emma Rose Kenney was born on September 14, 1999, in Manhattan, New York. Her mother is an attorney, Gillian and her father Kevin works as a sports writer. She and her brother were raised in Scotch Plains, New Jersey. Kenney had a strong bond with acting while growing up. At only 5 years of age, she started taking improv classes along with her best friend Ciera Gill. Like most other child actors, she started to act in commercials, one of which for Scholastic Books. Young Emma also did voiceovers.

It appears that Emma is single at the moment. In a 2014 interview with Vulture, she said she has had a crush on Dylan O’Brien, Harry Styles, and Ansel Elgort.

“…I still have to watch Teen Wolf. Everybody’s recommending it. I haven’t even had a chance to watch the first episode. But Dylan O’Brien, I mean … I loooovvve Dylan O’Brien. He’s so hot…I’ve stalked him on Google; I Google photos of him when I’m bored. And he’s perfect. I’m also obsessed with Ansel Elgort, oh my God.”

For her 18th birthday, her “Shameless” castmates treated her to a special dinner and sang “Happy Birthday” to her. The celebration was a double birthday, as Emmy Rossum turned 31 on September 12.

At 8 in 2007, she was discovered by her current manager. She made her debut in 2008 in a short film called “Lyre Liar”, and also appeared in “Bittersweet” that year.

In 2009, her directorial debut came with “The New Girl In Town.” This short film made its way to the finals at the 2009 New Jersey International Festival. Her other 2009 work includes “A (Not So) Civil Union”, “Three Little Puppets”, and films “Green Apples”, and “Day Camp”.

In 2011, Kenney played Aylesh Rohan in Episode 7 of the second season of a popular TV drama “Boardwalk Empire”. That same year, she scored the role of Debbie Gallagher, the daughter of the character Frank Gallagher played by William H. Macy, in “Shameless”. This was her breakout role.

The young actress’s ability to play Deb so convincingly has opened many doors  for her that led to other roles. She voiced the animated character Marigold girl in a 2013 movie “Epic”. She also plays the series regular role of Harris Healy, ABC reboot of “Roseanne”.

She received a 4% raise for the second series, meaning almost $12,500. That is around $150,000 for the season. Her salary kept rising over the seasons, and considering she has been on the show for more than 7 seasons, she has enjoyed quite a fortune from this one show. As of this year, her net worth is thought to be between $300,000 and $500,000. This will surely rise as she is still very young, and bright acting career is still in front of her.

IPv6 Proxy: What is it? And Why Do You Need One?

Marela Bush - March 1, 2021 0
First things first, for those that don’t know, what is a Proxy? A proxy is simply an intermediary server doing a job between two networks....

Travel Guidelines and Requirements Due To Covid-19 to Dubai