Home Health What Areas Can You Eliminate Fat With CoolSculpting?

Now that the summer is finally here and pandemic related restrictions have been dropped in New York, many of us are ready to hit the beach and throw on the unused swim suits from the dreadful summer of 2020. Along with the covid restrictions, many of us have also put on some so-called “quarantine weight” due to spending a lot of time indoors, ordering in, and gyms being closed.

While some people may opt for liposuction to eliminate unwanted fat, Dr. Schwarzburg, founder of a cosmetic dermatology practice on New York’s Upper East side, suggests a less invasive option called CoolSculpting. CoolSculpting is a non-invasive fat freezing treatment that has been taking over other weight loss procedures, particularly in large metropolitan cities such as New York and Los Angeles. It allows for a safe and effective way to eliminate unwanted fat, without having to go under the knife. So how does it work and what areas can be addressed with it?

One of the most common “problem areas” for fat accumulation is around the waist. CoolSculpting can be used all around this area, from the lower abdomen to the love handles, upper abdomen, and back. There is also an area that many women tend to have issues with, which is the area around the bra strap. Keep in mind that while these may be problem areas for some people, everyone’s body is different. There is also nothing wrong with keeping the fat if that is what you decide to do. You define what you consider problem areas for you. It is up to you whether or not the treatment makes sense for you.

Following the midsection another area notorious for unwanted sagginess and flab is the under am. Not to worry, though, as this can be easily eliminated with CoolSculpting. While CoolSculpting will eliminate the fat under your arms, there often is saggy skin in that area when it comes to people in their mid – to late 40s and up, which CoolSculpting will not eliminate. However, reducing the fat in the area will certainly make a huge difference in the appearance of your arms in general, even if there is some loose skin after the procedure.

Speaking of the limbs, fat on the legs can also be removed using this advanced fat freezing machine. The main areas around the legs treated with CoolSculpting include the inner thighs and the banana rolls (the rolls right underneath your butt). It is important to consult with your doctor to make sure that you have enough fat for this procedure. Even if you have “thick” legs, it doesn’t necessarily mean that they are fat. You have to remember that CoolSculpting is designed to freeze your fat cells only, not any other tissue. If you do have larger legs, but they consist mostly of muscle, not fat, then CoolSculpting will not be the right option for you.

Finally, one of the most popular areas for CoolSculpting is under the chin and around the jawline. Whether you are overweight or at a healthy weight and can never get rid of your double chin, CoolSculpting is a great option to help you do so. While there are a few other popular procedures for fat underneath the chin, like Kybella injections, CoolSculpting does not require any injections, excessive swelling, or down time, all of which is to be expected with a Kybella treatment.

There are a number of treatments out there that will eliminate your fat, some of which don’t take 2 months to show results. What is it about CoolSculpting that makes people forgo the other treatments and opt for CoolSculpting instead? The main reason is that CoolSculpting is not just minimally, but non invasive. There is no surgical intervention required to get a CoolSculpting treatment, it is almost painless, and requires zero downtime. This means you can get your treatment and go to work right after without anyone ever knowing!

While it can take up to 3 months and more than just one session to see results (depending on how well you respond to the treatment and how much fat you have), the fact that there is no incision involved can be settling for many.

CoolSculpting is particularly convenient for people who only have small pouches of fat they would like to get rid of, where liposuction would be far more invasive than necessary. Along with CoolSculpting, many people also get CoolToning treatments, which is a treatment that uses electromagnetic technology to send pulses to your muscles to create involuntary muscle contractions, leaving you with tighter and stronger muscles, with more muscle definition and tone after 4 – 6 sessions. Combining the two treatments can give you amazing results, especially in your mid section, gluteal region, and thighs.

The most important thing to keep in mind is that everyone’s body is different. Some may require more sessions than others, and even though the fat is eliminated permanently, it is important to practice healthy eating habits and a regular exercise routine to keep the fat off, and to maintain a generally healthy lifestyle. In addition, be sure to consult with a trained professional to confirm that CoolSculpting is the right treatment for you before you go ahead and book an appointment. Explore the best clinics and make sure that they are reputable with true CoolSculpting machines. 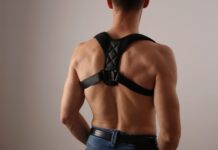 Are Posture Correctors Worth your Time and Money 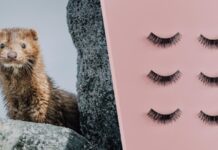 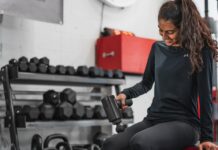 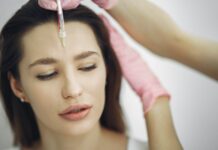 How and Why Botox has Become the Norm 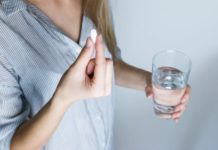 Is it Bad to Take Biotin Everyday 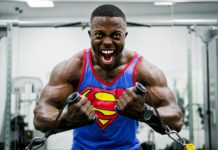 How To Prepare Your Body For Intense Physical Activity

Marela Bush - December 1, 2021 0
Like every season, the NFL has already provided big surprises. The nature of American football lends itself to the unexpected. While in baseball, we count...

How to Get Someone’s Attention

Should You Buy Manual or Electric Roller Shutters

How To Estimate Construction Costs For A New Home