The main music on the parties is electronic dance music and not without a reason – it is very catchy and magnetic. However, very few people know all the genres of this music. It is important to say that there’s more to this music then DJs playing music as we might think.

Considering that there are very few guides concerning the genres of this music it is no wonder that many people confuse even the simple terms. No worries, we’re here to break it down for you. Keep reading to get familiar with electronic dance music genres.

This is probably the most popular genre of this music. If you love to listen to Swedish House Mafia, Benny Benassi, Avici and David Guetta than you are in the loop. A few most popular subgenres are Progressive House, Deep House, Tribal House, Tech House, and Electro House.

Even though it is 30 years old, very few people know this – house music was born in Chicago, evolving after disco music and it is characteristic by the contagious sound that makes you want to move. If you would like to buy this kind of music or sell it as a ghost producer, websites like edmwarriors.com can help you a lot.

The most famous artists that represent techno music are Carl Cox, Victor Calderone, Chris Liebing, and many others. Techno music originates from Detroit. The DJs upgraded the music of Giorgio Moroder, Yellow Magic Orchestra and Kraftwerk by infusing soul into the digital sounds.

The techno scene in Detroit progressed steadily. Derrick May and Juan Atkins helped enormously to grow the audience for this music. Once it got to Europe, it gained enormous popularity. Later on, artists around the world used the techno style in their music.

The most famous artists of trance music are Tiēsto and Armin Van Buuren, but there are also Ferry Corsten, Dash Berlin, Above & Beyond and many others. This genre of electronic dance music originates from Germany. The main characteristic of this music is that the repetitive sounds build up and break down great melodies.

The people adore it because it simply enables you to let go of everything and sink into the beat. The wonderful melodies let your mind wander and vibrate together with all the other souls around you. Even though it was very popular in America, once it came to Europe, it was absolutely unstoppable.

The most popular artists of dubstep music are Joker, Mala, Flux Pavilion, Benga, 12th Planet, and many others. It originates from London and the first data about them goes back to three decades and ago. It did not evolve from dub music, it actually started as an experiment on the sound that was present around the clubs at that time. It started growing again 15 years later when DJs Mary Anne Hobbs and John Peel helped popularize it.

The most famous artists of this genre are Goldie, Roni Size, London Elektricity, Andy C, Noisia, and many others. The sound of Drum & Bass originates from London and it is present on the scene for the last 30 years. It got its name after the two most dominating sounds in the melodies – drum and bass.

The most famous artists of this genre are Artful Dodger, So Solid Crew, Todd Edwards, and The Streets. This genre originates from house music, but unlike the house music, the garage has a greater emphasis on vocals. It got its time to shine in the UK. Over the years it had many setbacks, but the sound is emerging now again.

The most famous artists of grime are Wiley, Terror Danjah, Kano, Tempa T, and Dizzee Rascal. This is a genre that was made as a result of various sounds. There are traces of hip-hop, DNB and garage as well. In this genre, the MCs get more fame when compared to producers. It is the underground music for the most part with the occasional opportunities to shine on the mainstream.

The most famous artists of this genre are Carnage, Flosstradamus, Heroes x Villains, Mayhem and many others. This sound was famous as a southern rep in the past, but with the new twist that Waka Floca and Rick Ross put to the sound, it got its chance to shine again. By adding drops and breakdowns as well as build-ups, the producers created this new mesmerizing style.

The most famous artists of this genre are Wildstylez, Showtek, Psyko Punkz, Tuneboy, DJ Issac and many others. For this genre, it’s characteristic that the melodies are catchy with the distorted kicks included under them. Europeans first embrace this sound because it has certain similarities with old hardcore style and gabber. However, it is slowly getting the attention of Americans, starting to gain popularity on their music scene.

The most famous artists of this genre are David Heartbreak, Munchi, Bro Safari, Sazon Booya, and many others. Dave Nada is the pioneer in this genre because he uses the Afrojack remix and transitioned it into the reggaeton. This incredibly catchy sound grabbed the attention of the audience a decade ago.

The most famous artists of this genre are Dude ‘N Nem, Gant-Man, DJ Spinn, Traxman and DJ Rashad. It originates from Chicago. It is a little bit faster version of the ghetto house. The essence of the juke house is in the drum sound. The tempo is fast and the music will take you where you wouldn’t expect with the surprising kicks.

These are just a few genres, there are many more and will probably see some new ones emerging because producers constantly experiment with the sounds creating catchy melodies that take the world by the storm and gather more fans in all the parts of the globe. DJs and MCs are definitely ruling the stages around the world, but the new artists keep appearing and attracting the admiration and attention of the younger generations. 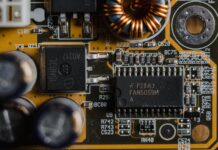 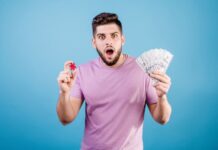