Doja Cat brutally canceled by the internet after a series of old videos resurfaced online. The first rule for any artist after they make it big should be to erase your entire social presence from the years prior. Some of it is warranted and, other times, it’s a reach.

Fans were appalled when they found multiple videos of Doja Cat on a video chatroom, allegedly speaking with racist white men.

footage of doja cat saying “suck my d*ck n**ger” on a chatroom with the same alt-righters #dojacatisoverparty pic.twitter.com/qlwZLTuPrT

A familiar hashtag, #DojaCatIsOverParty, trended after the topic was explored on Twitter and now, the recording artist is breaking her silence to address the accusations of anti-Black racism.

Of course, Twitter critics had a comeback for Doja Cat’s apology.

doja cat when she posts her long ass apology paragraph that was written from the notes app #dojacatisoverparty pic.twitter.com/YCHTvJjvCX 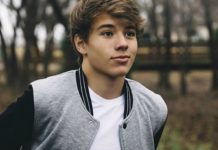