Things in Chapman household have been very tense lately. His wife, Beth Chapman passed away 8 months ago from lung cancer, and Duane, “The Dog”, has been really close with his late wife’s friend and assistant Moon Angell ever since. It caused some family feud and threatened to draw a wedge between him and his four children.

The reality star talked about the hard times his family is going through: “I don’t know about the word dysfunctional, but I think we created it” he said.

Chapman’s relationship with his daughters was strung out mainly because of his close ties with Ms. Angell.

Chapman always denied that their relationship was romantic despite the fact that he proposed to Moon on “The Dr. Oz Show”. Angell turned him down and moved out of their home. Later she stated to him “No one will ever love you like Beth did. You better stop looking for that because there is no woman alive that will ever love you like that.”

After that, Duane through himself at work, doing what he does best, chasing the bad guys. Today he is single, trying to make amends with his children and hoping to find love. Like he said recently when talking to his daughters: “Daddy can’t just be alone forever. You girls have to understand.” 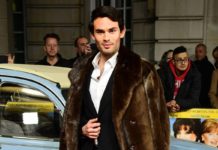 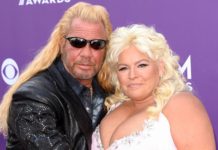 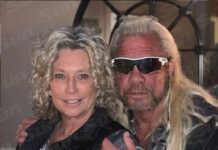 Dog The Bounty Hunter Proposes To New Girlfriend, 11 Months After His Wife’s Death