Cannabis has been legal in Canada in 2018, and regardless of the stance that people take on its usage, it’s here to stay. With its increased availability has come many different ways in which you can take in cannabis, with a line of products that go beyond the usual intake. One of these new methods is actually quite tasty – cannabis gummies that deliver the benefits of cannabis without the negative effects of smoking. Like the products offered by cannabis gummy manufacturer Dynaleo, their Pocket Fives gummies are convenient to carry around for a quick break or snack.

Many benefits have also been connected to cannabis, and one of the biggest claims is that cannabis can increase the creative output of people who use it. But does cannabis really increase creativity? Read on to find out.

Cannabis and its usage

Cannabis is often known as marijuana, a drug made from the dried leaves of the cannabis sativa or indica plant. While there are over 500 different chemicals present within cannabis, the component that is mainly responsible for the “high” that cannabis is so well known for is THC. A measurement of the THC content of a cannabis product is often the main way the drug’s effectiveness is measured.

The THC content in cannabis has been going up over time; levels have tripled since the 1990s due to many parties breeding cannabis to derive the highest THC content and therefore induce the best high.

Cannabis stands out amongst available drugs for having much less severe repercussions for extended use. Cannabis does not directly cause death from overdose, but it can be uncomfortable and induce severe hallucinations that can cause people to injure themselves.

Cannabis is officially legal in Canada but is bound by strict regulations and possession limits. If these are not met, you can be charged for drug possession just like any other drug product.

Claims of creativity for cannabis

Over the years, many parties have advocated cannabis not just for use as a medical or recreational purpose but also for its ability to boost the creativity and expression of individuals who partake of it. Of course, there have been many skeptics about this proposal as well, but it has prompted a lot of medical research into the subject to determine whether it’s true or not.

Supporters of cannabis increasing creativity claim that they find their imaginations expanded by cannabis usage, with ideas flowing through their heads without effort. They also refer to famous individuals like Jimi Hendrix, who have been widely reported as having used cannabis to fuel their creative talents and make outstanding contributions to arts and pop culture.

The results of research exploring the connection between cannabis and creativity have been surprising, to say the least. But before we can get into the specifics of the research result, it’s important to understand how creativity works within people.

Creativity is the natural talent or inclination people exhibit to come up with new ideas and concepts. This is the traditional version of creativity that most people think of, and it’s often attributed to something innate; either you have it or don’t.

On the other hand, there’s another type of creativity called “divergent thinking”, which specifically looks at the different ways in which people find solutions to issues or problems. The more solutions you can come up with, the better you are at divergent thinking. This type of thinking is how creativity can actively be measured and evaluated during studies.

The two factors evaluated during the studies were whether the tested individual is a “low creative” or a “high creative”, categorising whether they show a lower or higher ability to perform divergent thinking. After that, they use cannabis and afterwards attempt to come up with creative uses for objects.

The results showed that in low doses, low creatives showed an increase in divergent thinking, coming up with more creative solutions than without taking cannabis. However, high creatives didn’t show any increase in their ability to think divergently.

Perhaps most surprising of all, both low and high creatives actually showed a decrease in divergent thinking and creativity when given high doses of cannabis. This clearly shows that too much of a good thing is still too much – high cannabis doses can inhibit all cognitive capabilities, even creativity.

So who does cannabis help with creativity?

The study results are quite clear – cannabis can be a helpful substance to help those who don’t usually feel or express creativity. But rather than directly increase creativity by putting ideas in their heads, cannabis instead reduces the inhibitions that an individual may have, allowing them to tap into the creative and out-of-the-box ways of thinking they may have always had the potential for.

There’s no need to rely on cannabis to boost your creativity for those who are already creative savants – they won’t see any specific increase, which means they won’t be able to expect cannabis to help them come up with the next scientific or artistic breakthrough. However, they can still enjoy the relaxing and calming benefits of cannabis to help get into your creative zone quicker, which lets them use their time more efficiently.

Should you take cannabis to increase your creativity?

The bottom line after all of this? If you’re someone who finds cannabis to increase your creative output, then you should definitely continue using it to do so. However, regardless of its effects on creativity, there are several fantastic benefits that can come with the use of cannabis that makes it worth using for recreational and wellness purposes.

In addition, you don’t have to take cannabis just through the traditional smoking method. Nowadays, many cannabis intake methods exist, including patches and edibles such as cannabis gummies, which can be a great way to treat your sweet tooth and the beneficial effects of cannabis. So don’t hesitate; go ahead and check out cannabis as a way to improve your creativity. 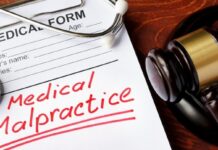 What Comes Under Medical Malpractice in Miami?

Marela Bush - December 9, 2021 0
Cable and TV have been the main sources of entertainment for a majority of people around the world ever since their inception back in...

How To Improve Your Gaming Skills In Battlefield 2042 & Impress...