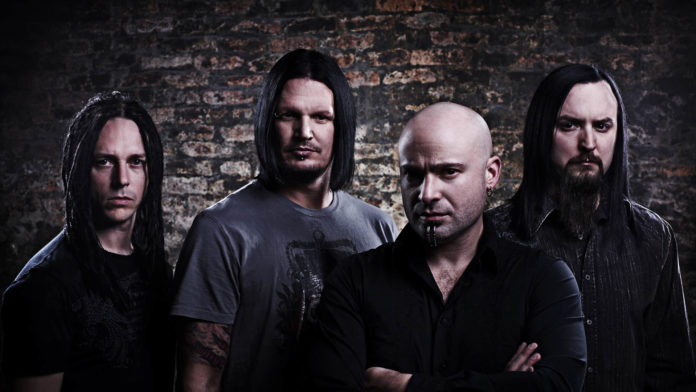 Religion and a strong belief system may not be the first things that come to mind when you think of rock ‘n’ roll, especially if the type of rock ‘n’ roll you’re dealing with is heavy metal. But as ChartAttack found out during a recent phone interview with Disturbed vocalist David Draiman, you can have a belief in something and not end up like Stryper.

Draiman, guitarist Dan Donegan, bassist Fuzz and drummer Mike Wengren have decided to adorn the cover of their forthcoming sophomore Reprise release, Belief, with a multi-denominational symbol that simply stands for belief in something” whatever, or whoever it may be. It’s a feeling that Draiman has no trouble explaining.”There’s just something to the quality of religious symbolism in general,” says the singer. “Each symbol represents a specific belief, a direction. So to sort of universalize that idea or belief, whether it’s a religious belief, or belief in yourself, or belief in the future of humanity, or in the supernatural, whateverâ€¦ But it’s to have a universal symbol for that belief.”

There are a few symbols that make up the cover art, so we asked Draiman to point them out to those who might just see Believe’s artwork as just being another cool job from the art department. “You have the pentacle symbolizing Paganism and Wicca,” says the man with the double pierced chin, as he rhymes them off. “You have the Star Of David symbolizing Judaism. You have the cross symbolizing Christianity in all of it’s forms and you have the moon of Islam symbolizing Islam,” he says as he draws a quick breath and adds, “And all of those intertwined symbolize universal belief.”

Pretty cool artwork for Believe (even if it leaves Buddhism, Hinduism and a bunch of other beliefs out of the “universal” symbol) but don’t worry because the band hasn’t spent all of their creative juices on symbols and such. Disturbed more than delivering the goods on tracks like the first single “Prayer,” a chunky slab of melodic metal madness that’ll satisfy the hunger fans have been living with since Disturbed first brought them The Sickness in 2000. Disturbed’s Believe is in stores today (September 17). ”Tim Melton 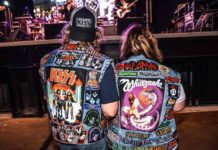 What You Should Know About That Awesome ‘80s Heavy Metal Look