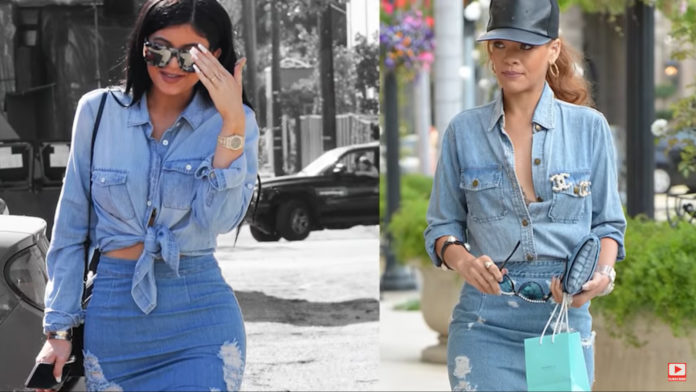 When Forbes magazine published an article in July of 2018 about Kylie Jenner in which the author referred to her as self-made, people weren’t too happy. Many seemed to call into question the legitimacy of the term “self-made,” considering Ms. Jenner’s well-publicized family background. Can someone be self-made when they come from a family worth millions? Forbes seems to think so, in addition to millions of the young beauty guru’s adoring fans. As Rihanna’s makeup line Fenty Beauty crosses the $600 million mark in terms of its worth, many people are comparing Rihanna’s road to a billion dollars to Jenner’s – minus the self-made label.

Rihanna grew up on the island nation of Barbados, known for its cricket and afternoon tea. A former British colony, the country has escaped the fate of other islands in the Caribbean and is the 2nd richest nation among them. Rihanna came from a fairly middle-class home, and as a child would sell clothes with her father at a street stand. Her parent’s marriage was a troubled one, partially due to her father’s issues with substance abuse. At school, she was an army cadet in a military program until at age sixteen, she decided she wanted to pursue a career in music. Together with two of her classmates, she started a musical trio and was discovered by an American music producer. Long story short, she signed with Def Jam and the rest is history. Now, using her well-earned influence and net worth of $260 million, she decided to launch a makeup line, with the proclaimed goal of providing more fashion options to women of color, who have been traditionally underrepresented in cosmetics. Featuring airbrush makeup kits (read more here) and foundations that cater to a wide range of skin tones, she has gained copycats in the form of established brands like Dior.

Conversely, Kylie Jenner’s childhood was absent of many troubles, besides the ones broadcast on the inexplicably popular reality television show, Keeping Up With the Kardashians. Jenner quickly became popular with audiences due to her beauty, and as of 2019, she has garnered over 183 million followers on Instagram. It is hard to gauge just what Jenner’s appeal is beyond the physical. In all regards, she seems to be a normal daughter of a famous father, and just so happened to grow up in a well-publicized household.

If anything, comparing the two seems hardly fair. Whereas Rihanna has earned every cent of her fame, Jenner just seems like a silver spoon wielding heiress who decided her ten million dollar inheritance wasn’t going to be enough. While Jenner says that none of her money is inherited, it’s hard to imagine the numerous brand endorsements and fiscal opportunities would have manifested without her famous family standing behind her.

While it’s been over a hundred years since the Gilded Age, that title is as appropriate now as it was then. While social programs have helped the average person gain opportunities for upward mobility in society, it still seems we are a point in time when the rich and famous are largely irresponsible for their good fortune. Rihanna is an exception to this rule, while Kylie Jenner isn’t doing much to change things.

The following video is related to the preceding article.

Weinstein’s Daughters Don’t Speak to Him