“What Chrissy Teigen has done is so crazy to me. She had a successful cookbook. And then it was like Boom, the line at Target. Boom, now she has an Instagram page that has over a million followers where it’s just, like, people running a content farm for her. That horrifies me and it’s not something that I ever want to do. I don’t aspire to that”, Roman told “New Consumer”.

Chrissy Teigen responded expressing how hurt she was since she was a great admirer of Alison’s work. She continued about her website Cravings: “We do this work ourselves, and there is no monetary gain yet. It is just work, work, work and the reward is you liking it. So to be called a sellout … hooooo it hurts”.

“I guess we should probably unfollow each other @alisoneroman”, Teigen concluded.

Roman tried to justify her comments: “When women bully other women for being honest about money and how much they do or do not make, well, that’s amore…Just wishing I had someone to hold my hand during baby’s first internet backlash”.

However, after everything said and done, Alison Roman changed the tune and ate her words speaking to Chrissy directly via Twitter: “Hi @chrissyteigen! I sent an email but also wanted to say here that I’m genuinely sorry I caused you pain with what I said. I shouldn’t have used you /your business (or Marie’s!) as an example to show what I wanted for my own career- it was flippant, careless and I’m so sorry”.

Chrissy Teigen To Remove Her Breast Implants: “All Good. I’ll Still Have Boobs!” 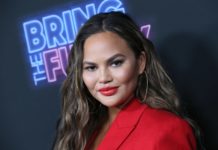 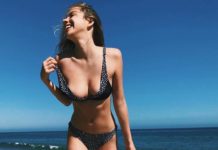 12 Hottest Women In The World