Conservative commentator Candace Owens is known to rub people the wrong way. The outspoken black author and Republican activist have regularly made comments in opposition to the black community, and while she has faced backlash for her past remarks, it hasn’t deterred her from speaking her mind. Candace Owens has had quite a bit to say about George Floyd’s death.

In her 15-minute video that she uploaded to social media, Candace Owens stated that while she believes former police officer Derek Chauvin should be prosecuted to the fullest extend of the law. However, she doesn’t agree that Floyd should be made out to look like a hero.

She went on to describe the way Floyd was acting, how he allegedly had drugs on him, and was high on fentanyl at the time of his arrest, and then she detailed his criminal past that included armed robbery. Owens’s video went viral and she was met with quite a bit of backlash.

Blueface Asks For “George Floyd Discount” At The Furniture Store

Trina Stirs Up An Outrage By Calling Protestors “Animals” 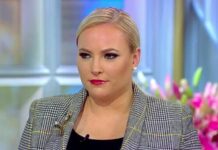