Britney Spears is upset because her custody is reducing from 50% to 30%. Her arrangement with ex Kevin Federline was changed after an alleged altercation between son Jayden and Britney’s father Jamie. He has been his daughter’s conservator since 2007, except in 2019 when he briefly transferred that role, due to his health problems.

Britney is not on good terms with her dad, the source said. They don’t see much of each other, and she still remains angry that she doesn’t see her boys as much as before.

Jayden Federline posted a live stream a few days ago, calling his grandfather names. Immediately after that, his account was made private. 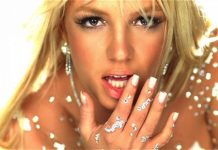