Britney Spears has been under guardianship, her father James Spears being a guardian, since 2008. What does that exactly mean and why does she need it? Spears suffered a mental breakdown in 2007, alarmingly played out before the paparazzi who captured her behaving erratically. She even shaved her head.

More than a decade later, there’s been no formal request by her to get out of conservatorship. That is because she does not object to either her father or the proposed professional conservator. The court recently appointed a medical expert to advise the court about her medical issues, to examine her for the ability to make intelligent decisions, and if she can manage her own affairs. She obviously failed.

Most conservatorships in California, involve developmentally disabled individuals who have reached adulthood at age 18 and their parents seek to be appointed as conservators.

Spears’ life started unraveling in 2007 after she and Kevin Federline, father of her sons, filed for divorce and a custody battle ensued. She suffered a mental breakdown that was splayed across tabloid pages: Britney without panties, Britney shaving her head, Britney in and out of hospitals. She also lost custody of her kids.

Britney’s true net worth is $215 million. Reports about $40 million are not actual because the conservatorship does not include a $100 million+ worth of other assets that Britney partially owns/controls. Even with that, she does not have complete management authority. Instead, she is kept on a tight budget by her father, the guardian of her estate.

Through the years she purchased and sold many houses. Currently, she owns a mansion in Thousand Oaks that sits on 20-acres. She purchased this mansion in 2015 for $7.4 million. She also owns a large family compound in her native Louisiana. 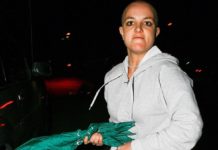