Home Music Black Pussy just played Toronto. Why did no one care? 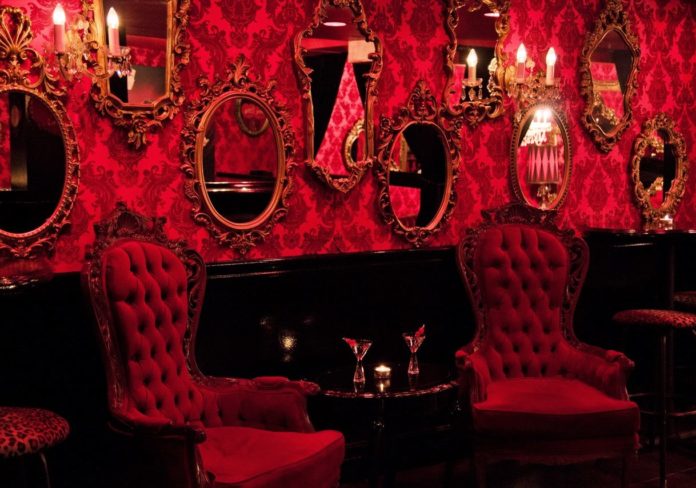 Nobody who might have seen a problem with this noticed until Friday afternoon when the bar’s booker started using the NXNE hashtag to promote the show, though the gig was not a part of this year’s festival.

Black Pussy have a serious problem, which the ongoing boycott campaign and change.org petition layout: the band’s name perpetuates sexual violence against Black women, a group who “are raped at a higher rate than White women, and are less likely to report it” and who have been historically unprotected by American rape laws in contrast to white women in Black Pussy’s home country where “systematic sexual exploitation of Black women was used to produce a perpetual labor force.”

Dustin Hill of “sex-charged, ’70s-influenced, hide-your-daughters-because-they’re-coming-to-town rock ‘n’ roll band” Black Pussy has told protesters to “do DMT, this won’t even matter” — “this” being his band naming themselves after the original title of the Rolling Stones song “Brown Sugar,” a.k.a. the lyrical romp about America’s history of sexual exploitation of Black slaves which by the ‘90s even Mick Jagger regretted penning.

We’ve written about Black Pussy before, when in 2015 efforts by activists including group Queer People of Colour in Winnipeg demanding venues shut down Black Pussy shows saw the Pyramid Cabaret eventually pull the plug and hotspot of grossness The Zoo pick up the bill.

Just prior to that in Ottawa, POC collective Babely Shades took on local venue House of Targ’s booking of the band with a petition, leading the venue to eventually apologize and release an “eight-point plan to address racism and accountability.”

Canadian music scenes are watching this band. The problem hasn’t just gone away. The thinking follows that Black Pussy have the right to be assholes for laughing in the face of the Black women who protest the violence of their band name, but, and this is key, any venue or media that support them are complicit with these racist and misogynist attitudes.

The thing about “nice” is people don’t think of themselves as being not nice. Almost every person doing something fucked up and horrible believes they have justification for said fucked up thing.

In Toronto last weekend, during another summer of festival upon festival and NXNE LOL after NXNE LOL, there was no petition, no media coverage, and no social media outrage. The listings site Show Gopher, apparently oblivious, tweeted about the show. No one replied in dismay. On the day of the show, on a Facebook thread on my wall about said NXNE LOLs, a tip about the Black Pussy show got dropped in connection with the (misused) #NXNE hashtag, and almost immediately I had a message from Ottawa asking, more or less, how this could have gone unnoticed in Toronto.

“That bar must be waaaaay under the radar” Charles Höppner of Ottawa band Valois mused to me, as explanation for Toronto’s dropped ball. Well, not really?

Admittedly, Cherry Cola’s, home of that strain of retro kitsch that loves to flutter its eyelashes at time periods where women were furniture and Jim Crow laws were in full effect, is the last place I’d want to spend a Friday night, but the Queen and Bathurst bar, CMW venue, and pre-2016 NXNE venue is hardly off the map.

On Friday I and one other woman (Edmonton based Amy Leigh, of band million volts) posted on the Facebook event complaints which have since been deleted. I tweeted Cola’s a couple of times — fuck Cola’s, I said, and then joked about the bar’s inferrable aesthetic aptitudes for misogynist kitsch and white supremacy.

Cola’s deleted the Facebook posts and waited until the next day to address the Twitter comments, using the hashtags “#hatersgonnahate” and “#smileonceinawhile” and calling bullshit on my trolling by informing me a woman runs Cherry. (Women never hate other women!) A Jewish man booked Black Pussy. (A man with persecution in his background couldn’t possibly hate Black women!) Oops.

Cola’s went on to say Black Pussy are super nice, so to have any beef with their behaviour or choices would be ridiculous.

Something isn’t clicking here. Everyone can be nice. How many times have we heard about the mass murderer who was nice? The rapist? The dude in that local band who only gets violent with women when he drinks? The band Viet Cong? Story goes they’re all very nice.

If there’s one thing we’re supposed to learn when we reach adulthood, it’s multiple things can be true at the same time, life isn’t black and white, and the experiences of other individuals and groups are worthy of respect and empathy.

The thing about “nice” (or not racist, or not a misogynist) is people don’t think of themselves as being not nice. Almost every person doing something fucked up and horrible believes they have justification for said fucked up thing. Nice people owned slaves. Nice people ignore marginalized groups asking white boys to think about the stereotypes and shit culture they perpetuate when they name their bands. Nice means nothing — put it away.

Word to Cola’s, claiming ties to one marginalized group to support fucking over another makes zero sense.

There’s a bigger issue here, though. Toronto doesn’t give a fuck about Black Pussy being racist or misogynist either. Not enough has changed since April Aliermo wrote in her 2015 article on the racism of the name Viet Cong: “It’s hard to focus when your peers and your greater community, whom you’d like to think are progressive, lack the level of empathy and critical thinking you expect.”

Which is our right? We have the right to be nice assholes forever if that’s what we want.