We live in an era where video games are as popular as they ever were. Hundreds of millions of people play video games every single day, and just about the same number of people watches other people play games every day. We even have multi-million dollar annual tournaments for some of the favourite, most popular E-sports titles like DOTA, LOL, Counter-Strike, Apex Legends, Fortnite, COD and so on.

Also, gaming nowadays isn’t only limited to consoles or gaming PCs. There are major mobile phone games that are in some way even more popular than traditional video games. PUBG Mobile, for instance, has over 50 million daily users and over 750 million downloads since the launch.

With games so popular, the desire to become great at a game is at an all-time high, and many are turning to pros and game coaches to help them improve their game skills. If you are interested in hiring a game coach but are still not sure what it is that they exactly bring to the table, don’t worry – we’ve got you covered. Here are the benefits of game coaching services.

First of all, it’s not like you’re getting a math tutor because you suck at trigonometry. You’re getting a gaming coach. This loosely translates to playing a game you love with someone that knows how to play it and is willing to show you how to get on their level. It’s basically just playing the game, only with someone that knows how to do it. You’ll still get to do all the fun things game has to offer. The only difference is – you’ll learn something along the way. Not only that, these aren’t your regular coaches or trainers that are going to yell at you or punish you if you do something wrong. No. You’re going to laugh, talk and play a game together. If you ask us, it doesn’t get much better than that.

Whenever you’re looking for a coach or a tutor, you often have to pay quite a lot of money. That is not the case here. You can easily find an affordable and competent game coach on websites like Fiverr or Legionfarm. However, Fiverr can be a little tricky because some people will say they’re good and just scam you out of your money with some low-level strategies and generalized tips, so be aware of the offers that are “too good to be true”.

If there is anything most gamers hate – it’s grinding. But what they hate even more than that is being stuck on a particular level or an obstacle that they can’t overcome. We all remember being there as kids, right? Well, that shouldn’t be an issue if you hire a gaming coach to help you out. Whether it’s grinding and levelling up or learning a new skill that can help you pass a level – a gaming coach will help you get there faster. A lot faster! This essentially means that you’ll spend less time grinding and suffering and more time having fun.

Arguably the main advantage of playing with a pro is you’ll get to learn a lot of cool and useful tips and tricks. There is no game in the world that you can’t become better at with a few valuable tips. However, learning those tips and tricks takes time and dedication – something that a casual gamer might not have enough of. On the other hand, pro gamers have dedicated themselves to perfecting their craft, and they’ve learned all those tricks a long ago and are now willing to pass them on to you.

These tips and tricks can be various – from how to level up and loot with the greatest efficiency all the way to strafing and shooting tips. All of these are essentially invaluable, and once you learn them – you’ll experience a newfound appreciation for the game you’re playing.

As we’ve said earlier, most gamers hate grinding and levelling up. Unfortunately, that is something you can’t avoid if you want to become better at the game. Fortunately, there is a way that you can do it quicker, and that is by playing smarter. How do you do that? Well, you let a smart player teach you how to do it.

Not only that, if the levelling is done through some sort of quest-and-progress, having a skilled player by your side will tremendously speed up that process. These guys will know exactly how to do these quests and missions, and you’ll just tag along for the ride, carefully watching and memorizing everything they do.

Most importantly, hiring a game coach will help you become better at every aspect of the game. As we all know, hard work and practice are what separates the great ones from the average ones, and if you practice with a pro – you’ll get better. The only way to truly hone your skills is by competing against someone that’s better than you, and game coaches are better than you.

However, what they also are is helpful. They’ll share with you why they’re better, and they’ll tell you what you need to do to get better. Do that enough times, and eventually, you might even become as great as they are.

Since you’re inevitably going to become better at a game once you’re done with a coach, you might even be able to get something more out of other than simply becoming better at a game. Streaming video games is as popular as it ever was, and some people are actually making millions simply by playing games. Naturally, not everyone can expect to reach a Shroud-like level of fame, but then again, who’s to say that they can’t? There’s a chance that you could become even more popular than he is.

Now, whether you reach that level of success or not is not important, as you could be making money with only 100 followers on Twitch. What’s important is that you could make money and all thanks to the coach that helped you get better at a game.

As you can see, there are many benefits to a gaming coach service. You’ll get better, you might even make some money, but most importantly – you’ll have a lot of fun! 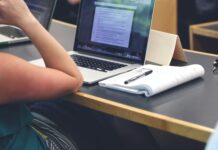 New Dungeon Mounts and How to Get Them

Archery Strength Exercises – How To Improve Your Aim And Draw Weight 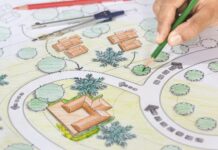 How Do You Keep Drumsticks From Slipping?

Marela Bush - September 25, 2021 0
Writing can be viewed as a verbal production skill, where you manufacture the text to meet a demand of integrated performance of discourse to...

7 Best Ways to Remove Weeds From Your Garden