The NASDAQ aal was formed in 2013 as a result of the AMR Corporation and U.S airways bankruptcy. Their stock prices had lost over 30% since its formation in 2013, and this has led to many of its investors being aggravated. The worst thing about this is that things could be getting worse due to the coronavirus pandemic, which has been troublesome to the whole world in terms of the high rate of contraction, as well as railing down the economy. The American airline’s group was among the many airlines hoping to benefit from the government aid, which was in form 50 billion bailouts.

It has been long since the many airlines have opted for getting a bailout, and this has been the first occurrence ever since the attacks that happened in 2001 on September 11th. Many airlines, including the American airlines, are facing the bad effects of the coronavirus, which has led them to cancel flights due to the travel restrictions put in place as there is a 30-day ban on flights traveling to and from Europe.  For more information, visit Everfx.com.

This is not surprising as the coronavirus has infected more than 200,000 people, and air transportation has been said to be one of the main causes of its spread that resembles wildfire. One would be advised not to purchase any of the American airline stock because of the coronavirus pandemic in which the cure has not yet been found, even though none of the CEOs of the American airline has asked for financial relief from the government during their meeting with President Donald Trump.

The CEO claims to have been prepared for such situations hence opting not to ask for financial relief. They have also announced that they will be flying few cargo-only flights for the few coming days using their passenger planes. The flights will include packages from E-commerce companies, medical supplies, and equipment for telecommunication.

However, there have been reports that the American airlines have sought for a one year loan that is secured so as to be able to survive through the panic that is associated with the ongoing pandemic. The stocks are said to be going down as the travel demand has decreased tenfold as many people are paranoid and rightfully so. The company has come up with measures to survive the pandemic by urging its pilots to opt to receive the voluntary leave packages. The capacity of international flights has been predicted to have been cut by almost 70%. The domestic capacity will reduce by almost 25%.

The coronavirus has taken a toll on the airline’s stock as the shares are sold at 10$ for one share. The only blessing in disguise from this pandemic to the American airlines is that the prices of oil have gone down; hence this reduced their expenses. There has also been a small hope for their investors as the price increased by over 4.5%.

Although it was a one day increase, there are many known unknowns that are said to affect the price of the stocks as it is being said that the ban will be extended among the states of America if the coronavirus goes out of control. The extension has also taken the form of flights being delayed at least 15 minutes.

Things are getting worse by the day

The reason as to why many flights are being cut by the airlines is to extend the travel through the summer so as to be able to stay afloat. The united airlines are anticipating an even greater loss if the Trump administration does go on with the domestic flight ban. There are reports that the CEO of the united airlines has met many officials in Washington DC so as to understand the policies which have been put in place to curb the spread of the virus and, at the same time, protect the economy. President Trump has nevertheless backed the airlines fully by pledging to support them financially even though he has not stated the amount of money they would be issuing to them and the time period in which they would be given.

Anyone considering investing in the airline’s industry has to be fully prepared not to receive any profit for a significant amount of time unless they want to be contrarian investors. Many investors have lost hope in this industry as the many workers in this industry have been laid off, and as mentioned earlier, due to the panic associated with the coronavirus, many people have opted not to travel.

This is backed by the statement made by the President of the USA to ban air travel to and from 26 European countries, which according to the market data, has led to the American airline stock reducing by 17%. The suspension of travel on a large scale has led to the economy suffering greatly. The package has the inclusion of the airline industry receiving grants worth 25 billion immediately, which they aren’t expected to repay.

The CEO of the American airlines has been heard saying that the coronavirus has affected them more than the 9/11 terrorist attack by the al-Qaeda group, which led to many fatalities as well as many people injured and made them shut down for almost a year. He has had talks with the senior officials of the administration of Trump to assist the whole industry of air transport so as to avoid them from collapsing.

Since people have been urged to social distance by avoiding crowded places, many have canceled their flights and have opted to stay in their homes and prevent them from contracting the infection that is the coronavirus. This, of course, has also led to the decline of the American airline stock by a high percentage, and the worst is that there have been predictions that the losses might increase significantly.

The stock is more likely to drop as the days go by due to the restrictions imposed; that is why people are advised not to purchase their stock. There is still some hope this summer as the virus is said to not do well in the hot areas; hence in the summer, there might be some improvements in air travel hence an increase in the shares.

Many people, including investors, are anticipating that the virus will decline its spread in the first weeks of April as the virus decreased its spread within one and a half months’ time. The coronavirus has definitely affected the stock markets and the S&P 500 index, but the U.S administration has put in place policies that will see the economy being prevented from plummeting. The S&P 500 index has shut down 6% due to the coronavirus outbreak. The S7P was put in place to act on behalf of the college saving and retirement accounts. 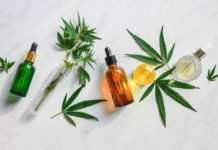 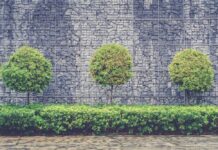 The Types of Retaining Walls and Designs Used in Construction 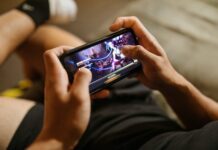