Home Celebrity Amanda Bynes Is Not Pregnant, Her Lawyer Claims

Now, her lawyer David Esquibias is coming out saying that Amanda (33) is actually not pregnant with her ex-fiance Paul Michael. Esquibias told “US Weekly” that the Hollywood star is not currently living in a mental health facility, despite being ordered to check into rehab by the judge.

Amanda had shared her ultrasound photo on March 17th, with the caption “Baby on board” just days after she and Paul reconciled. It was left unclear whether Amanda lost the baby or if she was never pregnant in the first place.

Former child star Amanda has had a highly publicized battle with mental health and used Adderall to treat ADHD. Amanda celebrated being sober for a year and two months on March 2. 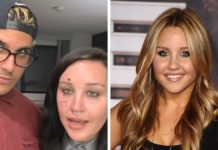 Amanda Bynes Will Not Have Custody Of Her Child 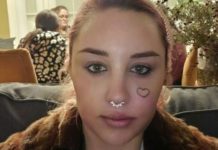 Amanda Bynes Brakes Off The Engagement Due To Conservatorship Obstacles