Home Lists 7 Ships Which Disappeared Without Leaving a Trace 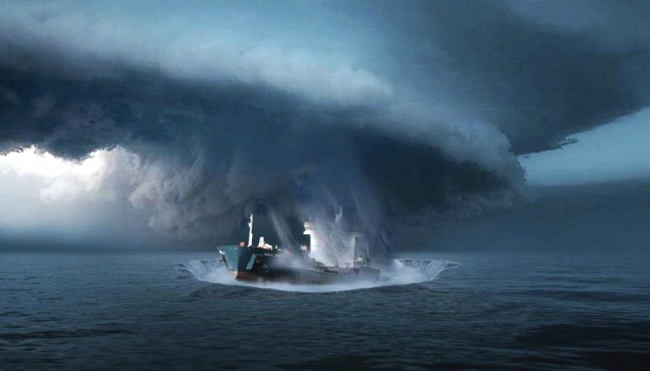 If you are fascinated about ships and their mysterious disappearance, you’ll enjoy our post which lists the ships which vanished without leaving a trace. It is believed that ships disappear due to piracy, storms, accidental bombing, or mutiny. However, the true fate of these ships will never be known.

The British Navy ship HMS Sappho operated for twenty trying to suppress the slave trade off the coast of West Africa. Hence, it intercepted many ships which carried slaves and succeeded in freeing many people. However, the HMS Sappho wrongly chased an American ship in 1857, which caused a diplomatic crisis between America and Great Britain. Consequently, the ship was sent to sail to Australia. So, the Sappho went to Cape Town first and headed to the Bass Strait, where it was last spotted by a passing brig on February 18, 1878. It is believed that the ship sank but that the captain escaped and lost his mind on an island off Australia.

The schooner Patriot left the dock in South Carolina on New Year’s Eve 1812. The ship sailed north and was supposed to arrive in New York. However, what happened with the ship is still a mystery. Theodosia Burr Alston, the daughter of American politician and third vice president of the United States Aaron Burr, was on the ship. Theodosia married wealthy landowner Joseph Alston and the two had a son. Their only son died of a fever and she became very depressed. So, Theodosia decided to visit her father in New York and boarded the Patriot. Nevertheless, the Patriot never arrived in New York, and no trace of the ship or crew was ever found. Many theories suggest that the Patriot was caught up in the War of 1812 and was sunk accidentally by an enemy ship. Additionally, there have been many legends around the fate of Theodosia.

This huge steel-hulled fuel ship used to carry coal and other useful supplies for the U.S. Navy in the 1910s. The USS Cyclops undertook its final journey from Rio de Janeiro loaded with 10,800 tons of manganese ore and over 300 people on board. However, it was seen for the last time on March 4, 1918, when it left Barbados and sailed into the area called the Bermuda Triangle. The ship made no distress call and vanished without a trace. There have been many boats and planes scouring the area for survivors, but the boat was never found.

The Merchant Royal worked on taking treasures from the New World to Spain under the command of Captain John Limbrey. In 1641, the ship was loaded with 400 bars of Mexican silver, 100,000 pounds of gold, and a huge amount of precious jewels. However, when it entered the English waters, it went through a storm and started taking on water. Its sister ship, the Dover Merchant, rescued the captain and the crew but couldn’t take any of the cargo. So, the Merchant Royal vanished somewhere off the coast of Land’s End. Due to the valuable cargo, there have been a countless number of people who have attempted to find the wreck. Hence, the ship became known as the ‘Eldorado of the seas.’

The Witchcraft was a 23-foot luxury yacht which sailed off the coast of Miami on December 22, 1967, by the experienced yachtsman Dan Burack and his friend, Father Patrick Horgan. However, only a mile ahead the yacht experienced difficulty and it looked like they have hit something. So, Burack called the Miami Coast Guard to report the trouble and request assistance. The Coast Guard arrived at the scene just 19 minutes after the call, but found no trace of the yacht. The ocean was searched in the next days, but there was no sign of the large yacht. Hence, the Witchcraft is yet another vessel mysteriously lost in the Bermuda Triangle.

The USS Porpoise was a brig which operated in the 19th century and participated in many explorations, as well as, a voyage in 1838 that confirmed the existence of Antarctica. However, in 1854 it sailed from Hong Kong carrying 69 men and somewhere between China and Taiwan, it ended in a dense fog. The USS Porpoise was separated from its partner ship and disappeared. The ship left no trace and was never found.

The Andrea Gail was a 72-foot-long-liner boat which was used for fishing in the North Atlantic. Its last journey was in September 1991, when alongside other fishing vessels, it sailed from Gloucester, Massachusetts. However, only one month later during the fishing session of the season, the Andres Gail was caught in terrible weather and never returned to port. Besides the countless number of rescue missions, neither the ship nor any trace of it was ever found.