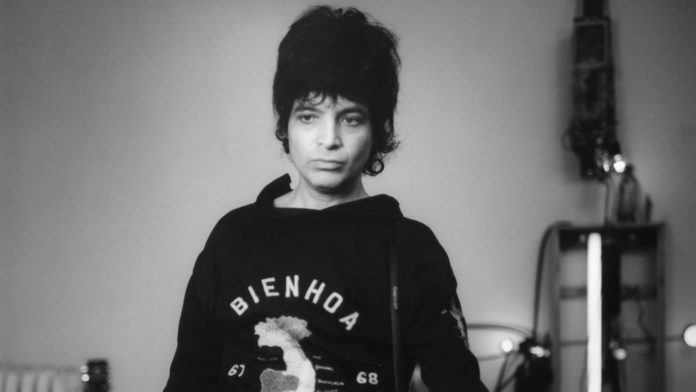 The Suicide co-leader died at 78. His influence is immeasurable.

2016 has been a terrible year for heroes. On Sunday, we learned that synth-punk grand daddy Alan Vega, born Boruch Alan Bermowitz, died in his sleep at the age of 78.

The influential avant-garde duo he fronted, Suicide, alongside organist Martin Rev, would remain a cult act for its 46-year existence. You likely won’t find “Cheree” or “Shadazz” on your corner juke box. But you’ll find a thousand cuts that wouldn’t have existed without them. Henry Rollins, R.E.M., and Bruce Springsteen count among the many fans whose notions of music were damaged, rebuilt, and otherwise informed by the bold, pathfinding electro noir of Vega and Rev.

We thought we’d remember Alan Vega the way Chart Attack does: by counting down the many ways he was cool. And, shoot, few people were cool like Alan Vega was cool. 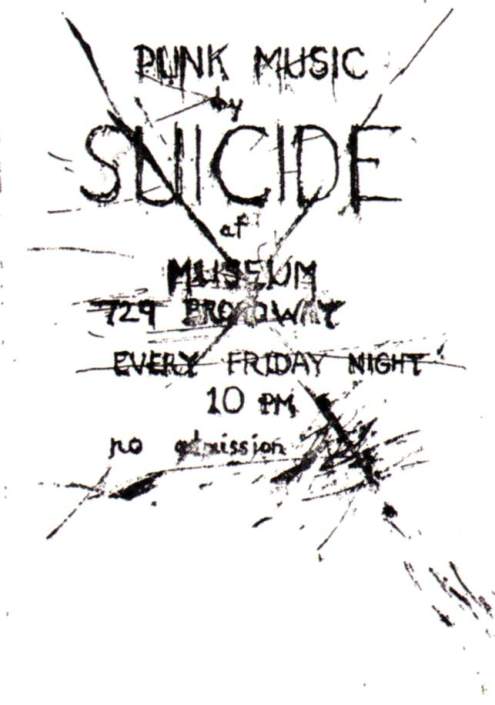 This is a flyer for the very first Suicide shows, which happened November 1970 at the New York art space A Project of Living Artists. Although the etymology of the word “punk” in its aesthetic, political, and cultural application is contested, Vega himself acknowledges this is maybe its second such usage ever. He adopted it from a 1969 Lester Bangs article about The Stooges. And while Suicide were punks well before punk broke, their warped Farfisa, primitive drum machines, and reverbed rockabilly dystopia opened a million other musical tributaries, post-punk through techno through industrial.

He proved rock and roll was more than guitar and drums

In the golden age of guitar rock, Rev and Vega would get up on stage at the Mercer Arts Center, Max’s Kansas City or CBGB’s with an organ, an effects module and a microphone. Crowds often didn’t get it — Vega’s street thug Elvis howling over Rev’s haunted church keyboard — because they didn’t yet have the musical vocabulary. Broadening the definition of what music might be has become part of their legacy.

He knew how to play a crowd 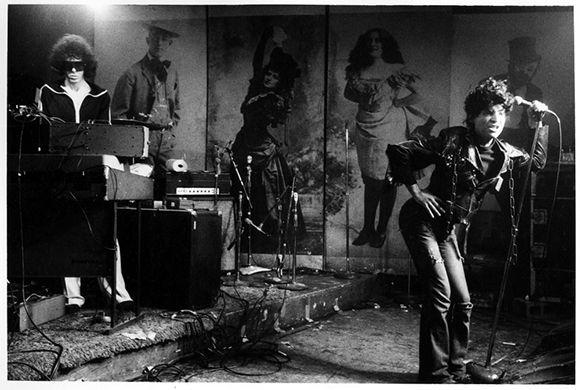 Suicide shows were full of confrontation. When a confused crowd would boo their left field fare, Vega would antagonize: “I hate your fucking guts.” Sometimes he’d block the exits so the audience had no choice but to listen. They’d routinely be pelted with bottles, sometimes bar stools, one time, an axe. If the violence ever grew dangerous, he said, he’d shock them into order — he made swinging a motorcycle chain part of his stage routine, he’d cut his face with a switchblade or a broken beer bottle. The audience was his instrument.

He was a prolific visual artist

Alan Vega went to Brooklyn College for art in the late ’50s and was associated with the radical group Art Workers’ Coalition through the ’60s. Trained as a painter, he transitioned to making light sculptures from electronic flotsam and other curb side debris. The artist-run centre MUSEUM: A Project of Living Artists, where Suicide held its first shows, was his home base. And he exhibited with SoHo gallerists throughout the ’70s and ’80s. In 2009, the Museum of Contemporary Art in Lyon, France, mounted the first major retrospective of Vega’s work with a show called Infinite Mercy.

In 2010, Vega released his 18th album outside of his work with Suicide. That same year, he and Rev performed Suicide’s self-titled 1977 debut live in London over a two-night run alongside Iggy & The Stooges. And while a stroke in 2012 derailed his gigging for a time, the band was booked to play Desert Daze 2016 in October.

His influence is everywhere — just check out these tributes

Condolences and remembrances have been rolling in from all of his musical progeny — Peaches through El-P — but some admirers, like Majical Cloudz ‘s Devon Welsh, Win Butler, and MGMT went even further:

But it doesn’t stop there. You can look at a lot of music as an indirect tribute to Alan Vega and Suicide, including most of what we cover at Chart Attack. Like, a lot.