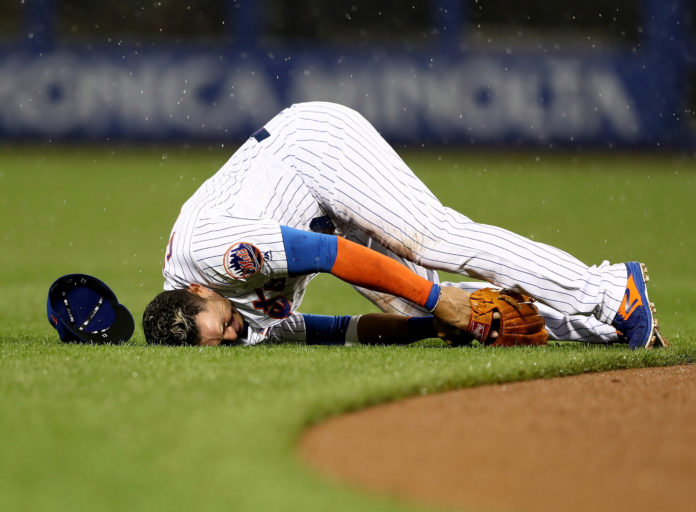 Baseball is one of the major sports in the USA. Unlike the rest where there is a lot of physical contacts, baseball is a much safer sport. Although because of this there are not that many injuries, many players did suffer rather unlucky ones. Read on to learn about the most bizarre injuries that unlucky players of baseball experienced over the years.

1. Ken Griffey Jr. once had to miss a game because his protective cup slipped and pinched one of his testicles. Now this is a sentence that you do not see very often.

2. A pitcher, Jamie Easterly, began a new workout regimen at his home in Crockett, Texas, during the middle of the ‘80s. One of the drills included running backwards, and while he was doing it, he stepped in a gopher hole, fell down and hurt his back. Ouch.

3. Marty Cordova, an outfielder, missed some game time during his spell with the Orioles in 2002 as he had scorched his face while in a tanning bed. Doctors cautioned and advised him to avoid direct sunlight, so he could not play.

4. While he was ripping a telephone book in half just like some motivational speakers he had witnessed before it, reliever Steve Sparks suffered a dislocated shoulder and had to miss games.

5. Wade Boggs missed a week of action after he strained his back while pulling on his cowboy boots. Some of these are quite funny, we must admit.

6. If a legend is to be believed, Clarence Blethen who was the Red Sox rookie pitcher in 1923, believed that he looked meaner without wearing the false teeth while on the mound, and he would not put it back when batting. At one point, he was sliding into second base and his teeth bit him on the posterior. He had to come out of the game because of excessive bleeding. Scary.

7. Relief pitcher Ernie Camacho hurt his arm in a special way. While he was signing autographs for a charity, he stopped after around a 100 and complained to the team doctor about some pain in his pitching elbow.

8. A utility infielder Randy Johnson, while in Atlanta one year, dislocated a thumb while putting on his socks. It was not a joke, as he had to spend six weeks on the sidelines.

9. Brian Giles, who has always been a free-spirited guy, blamed his leave while with the Indians on spider bites he suffered.

10. Hall of Fame pitcher Nolan Ryan was a famous tough-guy in the league, one of whose highlights include hog-tying Robin Ventura, was once bitten by a coyote. The animal had to be very brave to bite this legend.

11. Jose Cardenal blamed fatigue for missing a game in the ‘70s. He said that crickets came into his hotel room, which is why he was wide awake all night. He shared another story for a missed game in 1974, because one of his eyelids was stuck open. Therefore, he could not blink. Both seem very suspicious.

12. One August, Rickey Henderson missed a few games, because of frostbite. Frostbite in August? Sure, let’s go with that.

13. Atlanta Braves player Cecil Upshaw missed the whole season of 1970, because his ring was caught on an awning while he was attempting to dunk a basketball.

14. Greg A. Harris, a reliever, missed two starts at one point in his career after he spent an entire game throwing sunflower seeds at a friend next to him. From this, he earned an inflamed elbow.

15. Pitcher Tom Glavine broke one of his ribs while he was vomiting….

16. …while Kevin Mitchell strained a muscle while performing this nasty activity, which seems more dangerous after knowing of these two guys.

17. George Brett broke a toe as he was running from to the TV from his kitchen, because he wanted to see Bill Buckner hit.

18. An outfielder, Moises Alou, comes from a successful and proud baseball family. He injured his knee when he fell off a treadmill, and did it again after a year later when he ran over his son while riding a bike. Sheesh.

19. A dog owned by the mother in law of Pitcher David Cone bit him once, and he missed some time from baseball. We hope it was not on command.

20. While a brawl was going on during a game, reliever Ted Power jumped on his feet to defend his teammates and strained a calf muscle. Quite unlucky.

21. A pitcher who played for the Cubs, Ryan Dempster, suffered a fractured right big toe while he was trying to jump the dugout railing following a victory of his team.

22. Kevin Mitchell once showed up for a training session in spring four days late, because he got hurt while eating a microwaved donut. He needed a root canal.

23. Outfielder Glenallen Hill who played for the Blue Jays fell out of his bed straight into a glass table when he had a nightmare in which spiders covered him.

24. Back in 2011, Jason Kipnis, Indians rookie, strained his hamstring during stretching, which is done not to suffer a strained hamstring. Irony at its best. 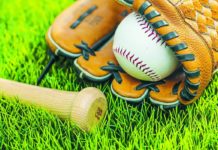