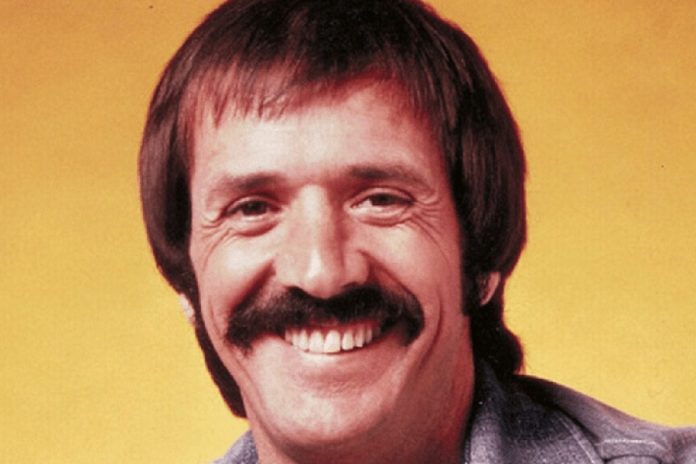 Deaths from overdosing are commonplace in the world of rock ‘n’ roll.

But being hit in the head by a speedboat, choking on a ham sandwich or being shot to death on stage are far less commonplace. Former Electric Light Orchestra member Michael Edwards getting smushed, was certainly a peculiar way to go out. So it got us thinking, “What are some of the other strange ways in which rock stars have met their maker?”

Here, then, are 20 of the weirdest rock star deaths:

On Sept. 3, Edwards was driving down a highway in Devon, England, when out of nowhere, a rolling hay bale collided with his car, killing him instantly. Do you think he saw it coming beforehand? If so, how freaky would that be? “Holy shit! That’s a gian–” *SMASH*

Bators was hit by a taxi while crossing the road in Paris, France on June 3, 1990. That in itself isn’t anything freaky or weird, considering people get hit by cars all the time. But he went to the hospital, waited a few hours, got fed up and went home without seeing a doctor and then died in his sleep because he had a concussion. That’s pretty freaky. How often do you actually hear of someone dying of a concussion?

On Sept. 24, 1980, Bonham drank 16 shots of vodka and ate a ham sandwich for breakfast. He drank some more, and then went to bed. Whoops. Turns out he puked in his sleep and asphyxiated on his own vomit. Sorry, Jimi Hendrix, but this makes you look weak in comparison.

Bono was no longer a rock star when he died on Jan. 5, 1998, and was then one of California’s Republican members of the U.S. House Of Representatives. He died after crashing into a tree while skiing in Nevada.

On Sept. 26, 1986, during Metallica’s tour in support of Master Of Puppets, Burton was thrown out the window of Metallica’s tour bus after it skidded over black ice in Sweden. It then flipped onto the grass and landed on top of Burton, crushing him.

The Carpenters’ singer and all-American sweetheart was long-rumoured to have an eating disorder, and had in fact received treatment (which was unsuccessful) for it prior to her death. On Feb. 4, 1983, Carpenter died of heart failure brought on by anorexia nervosa. While this doesn’t seem like anything huge now, considering how much publicity eating disorders get, in 1983 it was shocking and strange to a public who knew little to nothing about anorexia, bulimia and other disorders.

Clifford suffered an aneurysm on stage at Vancouver’s Rickshaw Theatre on April 16, 2010. He was taken to hospital and died two days later after slipping into a coma. His death happened around the time several other celebrities, including Bret Michaels, suffered brain hemorrhages.

Tons of musicians have been shot to death. John Lennon and Marvin Gaye are just a few examples. But it’s not very often they get shot to death on stage, as “Dimebag” Darrell was while performing with Damageplan in Columbus, Ohio on Dec. 8, 2004.

This brilliant French singer/songwriter was responsible for writing “Comme D’Habitude,” the original version of “My Way.” What wasn’t so smart, though, was when he decided on March 11, 1978 to fix a crooked lightbulb in his Paris apartment while standing in a full bathtub and was electrocuted.

Common sense would tell you that you probably shouldn’t jump out of an elevator that’s messed up and when you open the doors you’re halfway between floors, right? Well, Fuchs tried to jump out of said elevator while heading to a party, but got his clothing caught on the something and tumbled down five stories to the bottom of the shaft.

Fuller was found dead on July 18, 1966 in his car, which was parked outside his Los Angeles apartment. Although his death was originally considered a suicide, Fuller was found with stab wounds all over his body and was covered in gasoline, leading some to think whoever had killed him had left before they could set his car on fire. His death was later ruled to be an “accidental asphyxiation” due to the inhalation of gasoline.

Hutchence was found dead in his hotel room in Sydney, Australia on Nov. 22, 1997, hanging from his belt. Although the New South Wales Coroner ruled that he’d committed suicide, his wife, Paula Yates, said he could have possibly died from autoerotic asphyxiation. Turns out there’s a fine line between getting yourself off and offing yourself.

On Jan. 23, 1978, Kath was hanging out at his roadie’s house in Los Angeles when he picked up an unloaded .38 shotgun and fired it several times at his head. Laughing, he picked up a semiautomatic 9 m pistol, said, “Don’t worry, it’s not loaded,” and also fired it at his head. The problem? It was loaded. The only thing stupider than this? That time William S. Burroughs decided to play William Tell with his wife in Mexico in 1951 and shot her in the head.

This English singer/songwriter was scuba diving in a boatfree area in Cuzumel, Mexico on Dec. 18, 2000 when a boat suddenly appeared just as she, her partner and her sons were surfacing. She pushed them out of the speedboat’s path, but it hit her in the head and she was killed instantly. This is comparable to Edwards’ death in terms of freakiness.

Relf was playing guitar in his recording studio (his basement) on May 3, 1972 at his home in Richmond, England and died because he didn’t properly ground his electric guitar and was standing over a hidden gas line near his fireplace. Um, yikes.

On March 19, 1982, Rhoads and a few other people were flying a small airplane above Osbourne’s tour bus at a stop in Leesburg, Fla., deliberately swooping just barely over the top of the bus. But the pilot flew much too low, the plane hit the top of the bus and crashed. Rhoads was killed instantly.

Just like Dimebag, being shot is one thing, but this is another. Selena was shot to death by Yolanda Saldivar, the president of her fan club, on March 31, 1995 after Selena had accused her of embezzling money.

Committing suicide is one thing, but Smith’s suicide beats them all. On Oct. 21, 2003, he reportedly stabbed himself in the chest after arguing with his girlfriend. His death was originally ruled a suicide, but the official autopsy left the question of homicide open.

This blues singer/songwriter died on Jan. 22, 1982 after being poisoned while refinishing his hardwood floors. Don’t inhale carbon tetrachloride, kids.