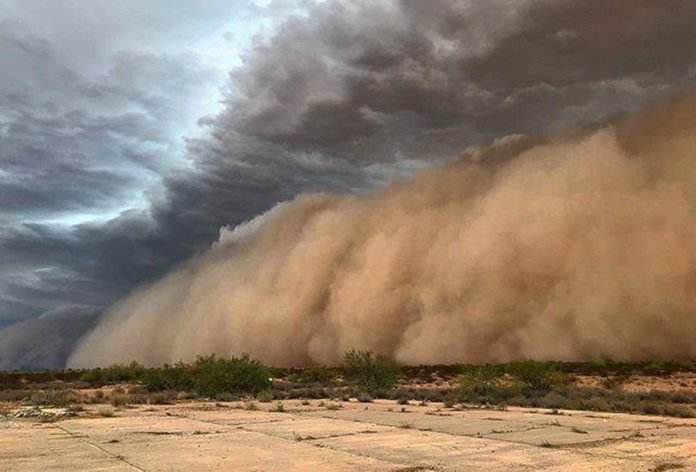 Planet Earth is full of both familiar and unknown beauty. Humans have been amazed by nature and its phenomena for thousands of years while trying to explain and understand how or why these marvels happen around us. In this article, we will explore 15 such wonders of our planet.

These are narrow ice formations in the Andes Mountains. Most of them point towards the sun, and they range from 2 to 5 meters in height. People have been familiar with them since the 1800s, and although it was first thought they were a result of the winds, these ice formations are actually created from the dimples in the snow surface, from which the sunlight reflects off. This increases the localized sublimation, which then forms troughs. Finally, they form these ice sculptures. They can also form on rugged land and on dirt.

Think of these as fire tornadoes, and they become like because they pick up heat from some destroyed buildings which heat up the center of the tornadoes. The end result is a vortex of fire. As you can guess, these are very dangerous, and even more so when they have debris inside, which light on fire and them fly off in all directions. Forest fires have been known to start as a result. A giant fire whirl happened in Tokyo during the 1920s, and around 40,000 died as a result.

Also barring the name of “ice finger of death”, it was discovered only 3 years ago, making it the newest phenomenon on our list. This is a flow of cold salty water, frozen at the bottom of a deep ocean. It also forms a white trail. It is dangerous because any sea life that touches it becomes frozen in what is a web of ice. Cold sinking brine causes this dangerous phenomenon, which is denser than the rest of the sea water and therefore it sinks. The one that discovered and studied was locatedunder the Mount Erebus volcano.

North America and the United Kingdom are the home of these chunks of snow, which break off a hill and start rolling down the slopes. They move like tumbleweeds, and just like any other snowball that rolls, they collect large amounts of ice and snow, and get bigger. However, the inner section very weak and less compact than the outer layers, so the wind can blow a hole through it and make it look like a doughnut. These are however very rare, because they are hard to form due to the conditions. If one is found, you will read about in the headlines probably.

This form of dreaming is both interesting and scary. It was widely popularized by the hit movie “Inception”. It is the idea of becoming self-aware while you are sleeping, and as such control your dream, as if you are in a virtual reality video game or simulation. Even the famous ancient Greek philosopher Aristotle spoke about these dreams, and said that “often when one is asleep, there is something in the consciousness which declares that what then presents itself is but a dream”. Many people experience them, and you can also find guides online that teach you how to enter such a state.

People say that these special goats climb these specific trees, and only in Morocco, because of the special type of fruit similar to olives. The farmers take their goats along the areas where they grow, mostly because the goats spit up a nut that is inside the fruit. These nuts are used to make argan oil, which is widely used in cosmetics and cooking. However, there is a bad side to this, as the trees and fruit are disappearing because there are too many goats that climb and eat them.

Also known as the Northern Lights, this amazing phenomenon famous around the world is caused by the sun giving off particles charged with high energy, which travel into outer space at some 1000 kilometers per second. This then gives out the particle discharge known as plasma. The plasma that steams from the sun is the solar wind, and when the wind interacts with the magnetic field of our planet, the particles become trapped and follow the field through the ionosphere. Only when the earthly particles collide with the solar wind can we experience the northern and southern lights. It does sound quite complex, and it is, but what a marvelous sight all of this makes.

These are of course extremely common in deserts, and their cause is not at all mysterious. The wind in the desert picks up a great amount of dust, and carries it away. If enough sand is taken up in the air at once, it becomes a devastating force of nature that is capable of wiping out, cause chaos in towns, and even kill people. Some sandstorms have been known to become so big that they can be seen from space.

Although they are mostly in a circle shape, the huge water sink-holes come in all shapes and sizes you can imagine. They are created when a cave that is underground extended in a huge chasm. The deeper this hole is, the bluer the water in the sinkhole will be. The most famous of these are located in Belize, the Red Sea of Egypt, and at the Caribbean. The deepest one in the world is at the Bahamas, and it is called the “Dean”.

During the late summer, you are able to find these glowing mushrooms on the moist rotting bark in the tropic areas of the world. However, they are only widespread during the wettest season, far awat from artificial man made light sources. In the last few years, people have stumbled upon some new species of these glow in the dark mushrooms near Brazil’s Sao Paulo.

This is a weird low-frequency humming noise that you can hear in Taos, New Mexico, but at other places around the world as well. Although most other hums are the result of machines and industry, nobody has yet identified the source of the Taos hum. Only around 2% of general population can hear this sound, which makes it that much harder to identify the real cause behind it.

This atmospheric phenomenon appears only when the sun is high in the sky, and when the light is passing through clear and high-altitude clouds that are made only of hexagonal plate crystals. The sunlight that comes onto the vertical side shining through the clouds is split into different prism colors, and then displayed over an area in what is a brilliant colorful phenomenon similar to a regular rainbow. The true reason these exist is not known, but they are always a welcomed sight in the sky.

These clouds are sometimes also called “boob clouds”, and they are cellular patterns of pouches that are hanging under other clouds. Mammatus clouds are mostly made of ice, and usually span hundreds of miles. To a regular naked eye, they seem still in place and quite menacing. If you see them, expect a storm with extreme weather quite soon.

The beautiful orange and black butterflies travel across North America each year because of weather conditions. The colder the year is, the further south they go to live. Their journey across such a long distance means that not a single butterfly survives the whole trip. It is actually their descendants and offspring that complete this feat, and since there are so many of them, they are known to cover entire trees. These trips are usually quite successful.

Although it seems like the ocean is full of blood, this is actually algae and plankton in the water. These small beings reproduce in extreme numbers and fill the water. Some of these are harmless, while others are dangerous to marine life because they produce toxins. China Sea is infamous for this astonishing phenomenon. 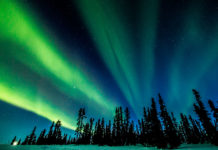