Home Music 15 Asia-Pacific Artists You Should Be Listening To 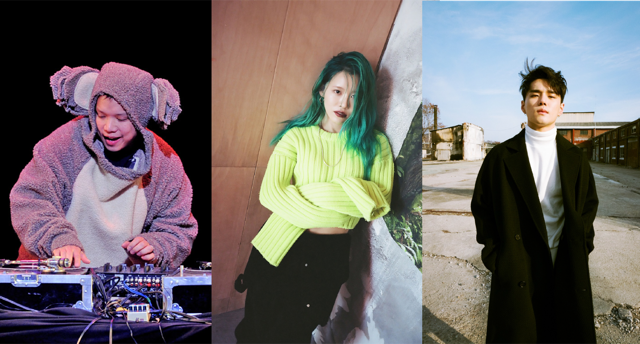 The Asian invasion is approaching.

Korean pop and Japanese pop music have been creeping into the Western music industry for quite some time now. However, there is so much more depth than just K-pop and J-pop, idol groups and PSY. Recently there has been a stronger push for Asian artists of all genres to break into the Western music industry. Many artists are moving to America to record their albums and some are even second-generation immigrants, born in English speaking countries wanting to come back home to perform. Asian artists as a whole, international or otherwise, are making waves to be heard. Here are just a few Asia-Pacific artists you should listen to, South Asians need a whole list to themselves.

Filipino-Canadian Dan August Rigo from Scarborough, Ontario has written and produced hit songs for years for mega stars such as Justin Bieber, Musiq Soulchild, Chris Brown and Kehlani. He’s also worked with Pryde another artist on this list. In 2015 he released his own R&B/Soul album called “The Fall Out” on his independent label “Summerchild Records”. A Japanese version of his album was also released that same year. With such a proven track record I wouldn’t be surprised if he blew up in the next couple of years.

Here is where things take a weirder turn. I know I said there is more to Asian music than idol groups and here is an idol group. BABYMETAL however is no ordinary Japanese girl group, they’re a combination of both pop idol and heavy metal, kawaii (cute) metal specifically. I would say it’s definitely an acquired taste but if you’re just getting into Japanese music they’re part of the starter package. The trio consists of Suzuka Nakamoto (18 years old), Yui Mizuno (16 years old) and Moa Kikuchi (16 years old). They’re one of the most successful bands to break into the Western market and hold the title for being the first Japanese band to headline the Wembley Arena. Over the last two years they’ve opened for Red Hot Chili Peppers, Metallica and Guns N’ Roses.

Kwon Hyuk is an up and coming alternative R&B singer-songwriter and has been called the South Korean Bryson Tiller. He started in the industry as a producer and writer to major K-pop groups such as EXO and Uniq. Kwon’s stage name Dean is based on exactly what you’re thinking, James Dean and it’s evident from the vibe of his music videos. He’s also the first Asian artist to perform at SXSW at the Spotify House alongside Miguel and CHVRCHES.


You may know him from his media attention-grabbing music video for “Safe” where he confronts whitewashing in Hollywood. Jonathan Park, Korean-American rapper from LA started his music career in 2005 when clips of his rap battles were posted on YouTube. Fun fact, the 6ix’s god himself, Drake, congratulated him on his return to the rap battle scene when he participated in Toronto’s rap battle league, “King of the Dot”, hosted by Drake and OVO in 2015. Unfortunately for us, or me at least, he just finished a show in Toronto two weeks ago.

Definitely, one to watch, 22-year old Singaporean singer-songwriter Joel Tan, better known as Gentle Bones, has been called the Ed Sheeran of Singapore. There’s not much more to say following that claim, you can just listen for yourself and see.

The female dominant twee pop 4-piece band’s debut gig was at a welcome party at the university they all attended in Kyoto, Japan. The women in the band, Tamino, Honami Fukuda and Narumi Ishida (guitarist Yuki Fukutomi is the only male member), were inspired by The Beach Boys to harmonize in the chorus of all their songs, which happens to be their differentiating factor.

This Korean soft rock indie band formed in 2014 is signed to HIGHGRND; the label headed by Tablo, another artist on this list you’ll read later on. By 2015 they’ve had appearances on Korea’s most popular variety show, “Infinite Challenge” and their hit 2015 song “Comes And Goes” took the number one spot on the charts over mega k-pop groups Girls’ Generation and BIGBANG. That’s a big deal in a k-pop dominated world. Did I mention they’re all born in 1993 making them 21 years old when they started? They’re planning on releasing their first full-length album this year.

Chinese-Canadian DJ, Eric San from Vancouver, BC is a veteran in the industry. Like most Asian children, he went through years of classical piano lessons before discovering his passion for DJing. He’s been part of many groups such as Deltron 3030, Bullfrog and Lovage and even has opened for Radiohead. Besides music Eric is a graphic novelist in which he utilizes his skills to accompany his albums, substantially bringing more depth to his music. His latest “Music To Draw To: Satellite” featuring Emiliana Torrini was released a month ago and of course includes a 20-page booklet.

Here’s an interesting group of guys. Taro (guitar, vocals & keys), Jiro (guitar & vocals) and Yuta (drums) are a 3-piece progressive punk rock band currently residing in Toronto, Ontario. Before Yuta joined to create MunizO, the other two were known as TarO&JirO in Japan. In 2015, they left their label in order to redefine themselves as “worldwide artists” and it looks like it’s paying off. They have quite a large following in Toronto already.

Nieah is an R&B Korean vocalist who was previously part of the all-female underground hip-hop group Amourette (AMRT). She’s now lead vocalist for the collective Chillwithus, which initially formed to create her debut song in 2014, “Tell Me Why”. Since then, members Jay Dope, Mute and Nieah have created music together. Her album “TIMELESS” produced and composed by Chillwithusjust came out this past Friday.

Formerly D-Pryde, Russell Liantino is a Filipino-Canadian rapper from Brampton, Ontario who got his start on YouTube. Constantly putting out content, Russell is always on the grind putting out what seems to be 2 albums each year. His latest EP, “LOVERBOY” which shows more of his R&B/Soul side came out last week. I’m sure we’ll be seeing more of him this year.

Sakanaction is a Japanese rock band that’s been in the industry for over 10 years now that fuses alternative rock, pop, new wave and electronic styles in their music. The literal translation of their name is “fish action” which is a metaphor for their ability to shift between musical styles as smoothly as a fish moving in water. With 6 studio albums under their belt this band has consistently been in the top 10 of Japan’s Oricon charts (similar to the Billboard charts). They must be doing something right.

This Korean abstract R&B singer-songwriter has a unique voice people are drawn to, especially in her hip-hop collaborations. She’s also a composer and sound designer which sets her apart from other musicians. So far she has only released singles so a full-length album may be in the realm of possibilities this year.

One of the more mainstream artists on this list, Daniel Armand Lee is a Korean-Canadian rapper, record producer and songwriter who grew up partially in Vancouver, BC. He’s 1/3 of alternative hip-hop group, Epik High along with Mithra Jin and DJ Tukutz. Notably Epik High has performed at SXSW and was the second Korean group to ever perform at Coachella. I singled out Tablo specifically because he basically can do anything he sets his mind to. He’s the only one to release a solo album, writes music for other artists and founded the indie label “HIGHGRND” (High Ground) [refer back to hyukoh]. His latest collaboration with alternative R&B artist Gallant and Korean-American k-pop singer Eric Nam, “Cave Me In” released earlier this month has gain major publicity.


This last band or rather bands may be confusing so bare with me. Three members of Japanese synthpop band Ykiki Beat are in Japanese alternative rock band DYGL (pronounced Day-Glo). That’s including frontman Akiyama who sings with a slight British accent from studying and listening to Western bands. Both bands are still active but right now the focus is more toward DYGL with their new album “Say Goodbye to Memory Den” releasing in April later this year. Nonetheless, both bands are worth checking out for sure.