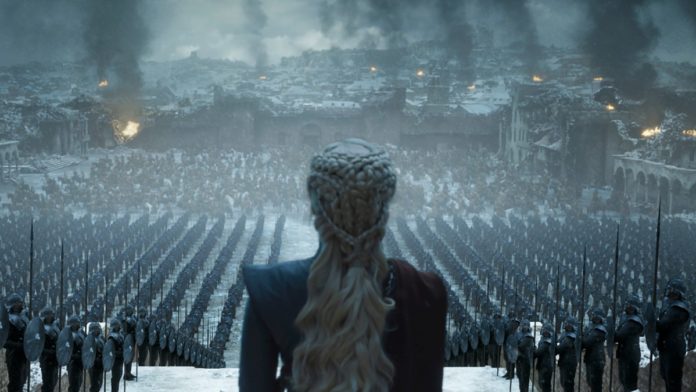 Not too long ago, our beloved tv show “Game of Thrones” has come to an end. Based on reviews, critics and fans weren’t pleased with the last season of the show. Despite the bad reviews, the popular show was around for nine years, and it accumulated a huge fan base.

So, it is no surprise that several spin-offs were announced to premiere in the following years. However, fans are striving to find some behind-the-scenes information and details. HBO stated that it will release a documentary called “Game of Thrones: The Last Watch” which will shine a light into some behind-the-scenes information from season 8. We are going to present you with ten of them in this article.

The filming of the final season of “Game of Thrones” was, as you can imagine, very secretive, and very little spoilers leaked. Usually, extras didn’t know when will they be called for shooting until the last day, episodes had different names on paper, some of the actors traveled to a totally different country, and all of this is just so the production team could confuse people.

The first scene that was shot for season 8 was the one when Samwell meets Daenerys and Jorah Mormont at the library in Winterfell. In that scene, she informs him that she burned his brother and father after the battle that occurred in the previous season.

Kit Harington was probably the only member of the cast that didn’t fully read the script for season 8, before the public reading. So, in the documentary, it is shown how he reacted after he learned that Jon is going to kill Daenerys in the last episode of season eight. His reaction was authentic, he was really surprised. He looked several times at Emilia Clarke, who just nods him.

During the years, cast and crew enjoyed several types of snacks and beverages. The documentary shows that they mostly have eaten snacks from Leigh McCrum`s coffee truck.

6. The Production Created a Lot of Snow

A huge part of season eight was located in Winterfell, so you can get an idea of how much snow the production team needed to create. In the documentary, it was showed that snow as made of water and paper. Del Reid was the head of a snow production during the whole series.

7. King`s Landing Was Built from Scratch

As we all know, King`s Landing was burned down to the ground by Daenerys`s dragons in the last season of “Game of Thrones”. So, instead of filming these scenes in Dubrovnik, Croatia, like it was the case in the previous seasons, the crew built King`s Landing from scratch. It was built at an empty lot at Titanic Studios, in the city of Belfast.

8. Vladimir Furdik is not Only a Night King

Vladimir Furdik became very popular after it was announced that he will portray the Night King. However, this is not the only role of Vladimir`s in “Game of Thrones”. He has done a lot of behind-the-scenes work he has done at the same time. He works as a stuntman for more than thirty years, and he did some choreographies for the show, and the best-known being fight between Clegane brothers.

9. Visual Effect Team Was Always Present on the Set in Season 8

For those who have seen the last season of “Game of Thrones” the information that the visual effect team was always on the set is not a surprise at all. They had a lot of success throughout the years, and even won three Emmys for work in previous seasons. However, they had to bring something entirely different to the table for season 8. Members of the team, husband and wife didn’t see their daughter for a couple of months. That was really a struggle.

10. The Whole Crew was Festive

Because of season 8 was their last year of working together, the cast and crew celebrated all the holidays. Also, they were very emotional on and offset. However, they leave us with a tv show that future generations will return to, that is for sure. That is their greatest legacy. 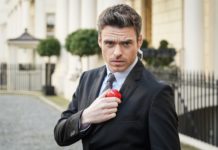