Home Music 10 Musicians Who Predicted Their Own Deaths 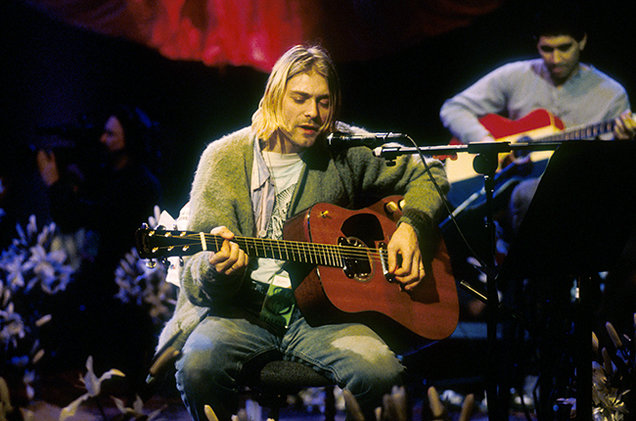 From Leonard Cohen to Kurt Cobain, these artists left lyrics that can almost be read as epitaphs.

If not for certain other things that happened this year, 2016 will likely be remembered as the year we lost some of music’s biggest legends: David Bowie, Leonard Cohen, Prince, Phife Dawg, Sharon Jones — the list goes on. These are not just far off names of the past. All of these artists were active at the time of their death, at the height of their powers even, and they all left behind works of art, which, looking back, feel eerily prescient.

Death is one of the richest themes in music, present in most of the music ever made. When an artist actually dies, it gives their final albums a weight and depth that’s hard to ignore. But this is not a new phenomenon. Some of the most iconic albums of all time were written under these circumstances.

There is nothing more chilling than listening to a body of work from an artist not long for this world. Whether they know it’s coming or not, these pre-death songs can be intensely personal and sombre. As a listener, it sends you poring back over lyrics searching for clues to what was predicted. Here’s what you might find.

The final stage of stellar evolution is a black dwarf star. It emits no heat or light. It’s also a type of cancer lesion. This all became particularly poignant when, two days before his death shook the foundation of popular culture, David Bowie released his final album:★ (also known as Blackstar).

Looking back knowing what we do now about his 18-month battle with cancer, the video and lyrics of “Lazarus” take on a haunting new meaning. “Look up here, I’m in heaven,” he sings, ominously, from beyond the grave.

It’s easy to marvel at how David Bowie orchestrated his own final act and compare it to You Want It Darker. “Hineni, Hineni” (in English: “Here I am”), Leonard Cohen recites on the title track of the album, released just weeks before his death. It’s an echo of what Abraham said to God when called upon. “I’m ready, my Lord,” he whispers, signalling total readiness to give himeself over.

It’s a chilling self-written memorial to a great poet and songwriter, but it’s not like this was new territory for Leonard Cohen. He spent his whole career obsessing over life, death, and the divine. It’s why, in the wake of the news, it’s hard to pick one song to memorialize him. You could go cliché with “Hallelujah,” cheeky with “Death of a Ladies’ Man,” or dark with “Dress Rehearsal Rag.” That’s just the tip of the iceberg.

Although comprised largely of covers, Johnny Cash’s final album is a deeply personal rumination on his own mortality in what would turn out to be the final year of his life. Songs like “In My Life” and “We’ll Meet Again” take on new meaning in the hands of the storied legend, then 72. Nowhere is this truer than his version of Nine Inch Nails’ “Hurt,” which turns Trent Reznor’s violent desperation and self-loathing into a deeply repentant, deeply religious final lament.

Donuts was released on J Dilla’s birthday, just three days before his death. The producer/beatmaker didn’t let an extended hospital stay keep him from crafting his final masterpiece. Friends from his record label brought him a sampler and record player and he recorded 29 songs right from his hospital bed. It’s the great instrumental hip-hop opus about mortality, one that will likely never be topped.

The final Motherlode sample pretty much says it all. It’s from a song called “When I Die.”

Biggie Smalls lived a precarious life and his debut LP paints a clear (if embellished) picture of it, revelling in stories about his life as a young criminal. The name Ready To Die was never meant to be taken literally, but Biggy was murdered just days before the release of his follow-up. The name of that album? Life After Death.

Gil Scott-Heron’s final album I’m New Here was his first album of original material in 16 years, and it marked a shift in lyrical content, moving inwards from his political and social commentary to get personal. He had been through a lot in his life, including drug addiction, jail time and an HIV diagnosis, and he lived to record this emotional, brilliant album. He knew his time was coming and this was his parting gift.

In interviews Warren Zevon, describes having a lifelong phobia of doctors, which meant it was years before the singer/songwriter discovered he was terminally ill. In 2002, Zevon discovered he had been living with lung cancer, and immediately set about recording his final album, which includes a poignant cover of Bob Dylan’s “Knocking On Heaven’s Door.”

But it wasn’t all gloom with Zevon. Even when singing about death, Warren doesn’t forget his trademark sense of humour. “Has your condition taught you anything you didn’t know about life and death?” asked his longtime friend David Letterman in Zevon’s final appearance on his show. “How much you’re supposed to enjoy every sandwich,” he replied. Enjoy Every Sandwich was later the name of a tribute album to Zevon.

He struggled with addiction and depression for years, and at the age of 34, Elliott Smith sadly took his own life. Looking back, the lyrics to “A Fond Farewell” can be read almost as a suicide note. The words to “King’s Crossing” are a bone-chillingly detailed description of his own demise. The album was released posthumously, one year after his death. The words still cut deep.

Joy Division released their second and final album in 1980, two months after lead singer Ian Curtis took his own life at age 23. In retrospect, almost all of the band’s output could be considered his epitaph. Here, the haunting line “so this is permanence” sparked a book of the same name with intensely personal writings that showed how he was penning his own ending.

Before Nirvana recorded this immortal performance on November 18, 1993, Kurt Cobain decided he wanted to do something a little different than most MTV Unplugged performances. He suggested that the stage be decorated with flowers, candles and a crystal chandelier. “You mean like a funeral?” asked the show’s producer. “Exactly, like a funeral,” he replied. Released as their first posthumous album in 1994, for his legion of fans Unplugged In New York became exactly that.