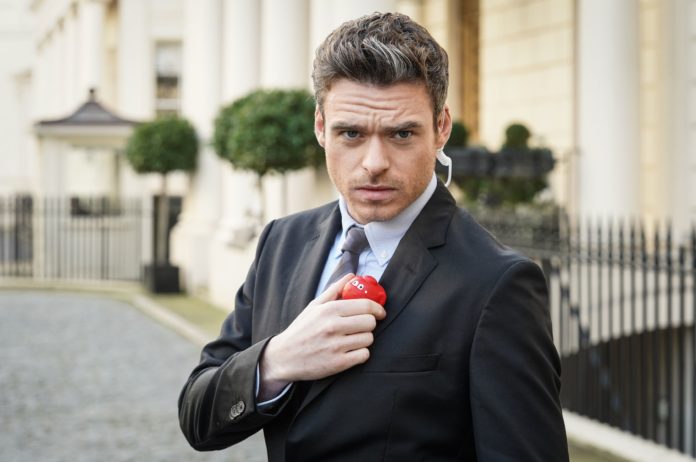 Richard Madden is a Scottish actor who became instantly famous for playing Robb Stark in Game of Thrones. However, this isn’t his only role as he has also portrayed David Budd in the UK’s most watched drama ‘Bodyguard,’ for which he won a Golden Globe Award for Best Performance by an Actor in a Television Series – Drama. He can also be seen in the Elton John biopic Rocketman, as well as, in the new Sam Mendes film 1917. We guess that you know many things about Richard Madden, but here are a number of fascinating facts which you probably didn’t know the 33-year old actor.

Richard Madden is playing John Reid, Elton John’s first boyfriend and manager in the 2019 Rocketman. During his interview with Jimmy Fallon, Madden revealed that he became friends with Elton John and found him to be very gentle and shy.

He Started Acting to Overcome His Shyness

Richard Madden admitted that he would still probably be a shy and fat kid living in Scotland without a girlfriend if it hasn’t been for acting. He revealed in a Flaunt magazine 2015 interview that he was a very shy child and took up acting as a way to overcome this. Hence, he joined a children’s theater, which helped him succeed in his career.

He Feels Uncomfortable for Being a Sex Symbol

The sex symbol status makes Madden feel very uncomfortable. He doesn’t like the attention he gets. ‘I worry sometimes about it affecting my job. If people go, ‘Oh, he’s that hunky thing,’ it undermines that actually I’m an actor and I’m trying really hard to be good at it,’ he admitted in an interview.

Madden’s Genitals Caused Him an Issue on Set

Playing Prince Charming opposite Lily James in the 2015 live-action remake of Cinderella was Madden’s first PG-rated movie experience. It was then when he experienced an issue of trying to keep his bulge hidden. This was a huge issue as the filmmakers had to take to make sure his look was PG-rated. Thus, they spent about two days of screen tests where they tried a number of different jock straps to make sure his genitals aren’t visible.

Playing the role of Robb Stark didn’t bring Madden any fortune. Even though many people believe that having a role in the Game of Thrones comes with lots of money, when Madden signed the contract for the show, he was only 22.

Madden Found Out About His Character’s Fate from Google

While filming Game of Thrones, Richard decided to read a book by book as he didn’t want to know what will happen to Robb in the upcoming season. Hence, before having a chance to pick up the third book, many people started giving him hints about his fate that he had to check it on Google. ‘A thousand people spoiled it for me before I had a chance to pick up the third book. I read [the books] season-by-season. I don’t want to preempt where Robb is going and that’s what I’ve done since the show started. I also made the fatal flaw of Googling. So that kind of reinforced what people were hinting—saying that something terrible was going to happen and giggling,’ he admitted.

His Parents Can’t Get Used to His Sex Scenes

Just like any parents, Richard’s parents are never happy about seeing their son in intimate scenes. During his appearance on The Ellen DeGeneres Show to discuss Bodyguard, he revealed that his parents weren’t happy at all seeing his bare butt in the series. He even got a hysterical phone call of, ‘You must tell me and your father! I was watching it at the time and my cup of tea, I nearly spilled it!‘

He Has an Awkward Nickname

When Madden appeared on The Late Late Show With James Corden, he revealed that his family has an awkward nickname for him. In fact, his mom came with the nickname ‘Little Dick,’ which is quite funny. As his father is also called Richard, it translates as ‘Big Dick’ and ‘Little Dick.’ If you think his nickname is awkward, you can check SuperBabyOnline and check some other ones, maybe you can find some appropriate for your friend or your member of family.

After his final days of filming on Game of Thrones, Madden cried so hard on the flight home from the set that he actually frightened other passengers. ‘I was sobbing and covered in blood,’ Madden said in a 2018 GQ interview, ‘I looked like I’d murdered someone and got on that flight which, in fact, I hadn’t—I’d been murdered.’

Madden admitted how grateful the is to be one of the actors killed off early in Game of Thrones. ‘It was such a hard thing to finish because from first pilot to my death was five years. But five years was a great time to be on the show. It helped me so much with my career and experience. I learned a lot from shooting 30 hours of television. You really start to learn the trade doing that. And then I was thankful to leave it,’ he revealed. 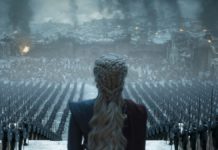 10 Secrets from Game of Thrones Season 8